The Top Five Grossest Things You Can Eat To Survive


Here are the top five grossest items you can eat to survive and they aren’t listed in any particular order because everyone has their own opinions of which is the grossest. 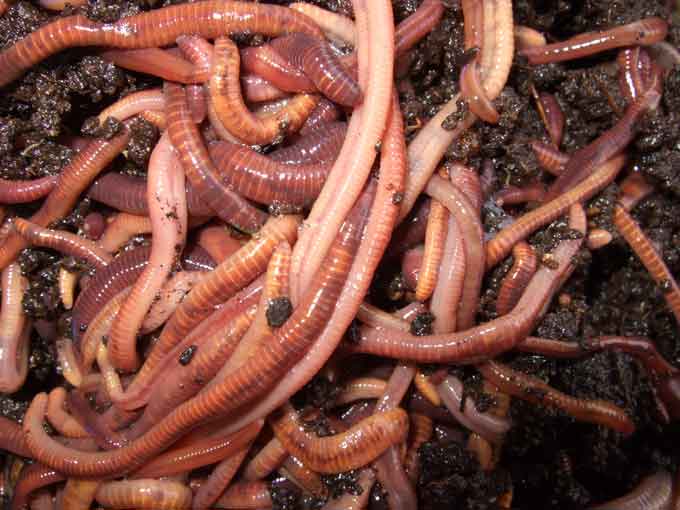 Earthworms are squirmy packages of protein.

Earthworms are squirmy packages of protein.

However, in my opinion, this is the number one choice for the grossest. I know many of you may disagree. They may not bother most people but there is just something about worms that creep me out. In fact, I get goosebumps just looking at pictures of them much less the real thing. (Yep, I cane pole fish with crickets.) However, regardless of my feelings, earthworms can be consumed in a survival situation and are usually pretty easy to find. Unless, you’re in the desert. The main thing is that they contain dirt, which you really don’t want to eat. A suggestion that I saw, on a couple of websites, was to put them in a container of water or wet grass for a few hours to purge them of the dirt. The most suggested method of cooking them was to fry them to get rid of their squirminess. They really shouldn’t be eaten raw because they can carry parasites. Earthworms have a very high protein content but, unfortunately, are very low in calories, so, you need to fry you up a good mess of them.

If you are in an environment, like the desert, where scorpions seem to be the most prevalent source of alternative food, then go ahead and have at. Of course, you really have to hunt for them at night or trap them in glass containers overnight. The difficult thing is the prep on them once you get one of these little buggers because you don’t want to get stung in the process. Note: Definitely remove the tail first. I found that the most popular way to cook them was to roast them or grill them. A scorpion is about 50% protein, according to one website that I looked at, but the downside is that if you’re allergic to shellfish, you may also be allergic to this creep crawly. Also, you need to chew them very well because they have lots of little bits (eight legs) that could get stuck in your throat. Yeah, maybe drink lots and lots of water to wash them down with. Hey! In China, they’re quite the delicacy. 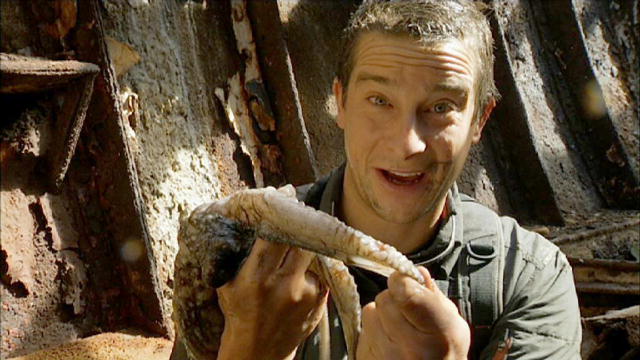 You can eat them raw like Bear Grylls but uh ... no.

You can eat them raw like Bear Grylls but uh ... no.

If you find yourself shipwrecked and you’re allergic to shellfish and conventional fish are scarce, you can eat octopus. Now, I don’t know how easy these are to actually find or catch but I guess in a survival situation, if it’s your only choice, you’ll find a way. According to the United States Search and Rescue Task Force website, they’re very nourishing but very tough and chewy. Gee? You think? They suggest pounding them first to make them tender and then boiling the head and body and grilling the tentacles. Now, here’s the thing. If you can’t build a fire, you can eat them raw. Heck, in Korea, they eat them still squirming. I’m not kidding. Google the word “Sannakji” and take a look. Octopus is also high in protein but low in calories, which could be a problem if you’re trying to maintain your energy level. Interestingly, octopus is also super high in vitamin B12, which makes your red blood cells. The downside of eating it raw and alive is that the suction cups on the tentacles can still attach to your throat and choke you to death. (There have been incidences.) Probably better to make sure it’s not twitching anymore before you dig in.

Have you ever wondered if we taste like chicken? In, 1972, when a chartered flight went down in the Andes Mountains, unfortunately, the passengers were forced to find out. The survivors of the crash were stranded for more than two months and when the sparse food supplies ran out … In all seriousness, the most disturbing thing to me was that most of them were friends and family. The decision to eat off their dead was not taken lightly but I wonder if it would have been easier if they were all strangers. I think, in that extreme survival situation, eating a stranger might be a little easier but, hopefully, I will never, ever have to find out.

Okay. According to Bear Grylls, you can do this. Really, folks, I have no words. Just watch the video below.