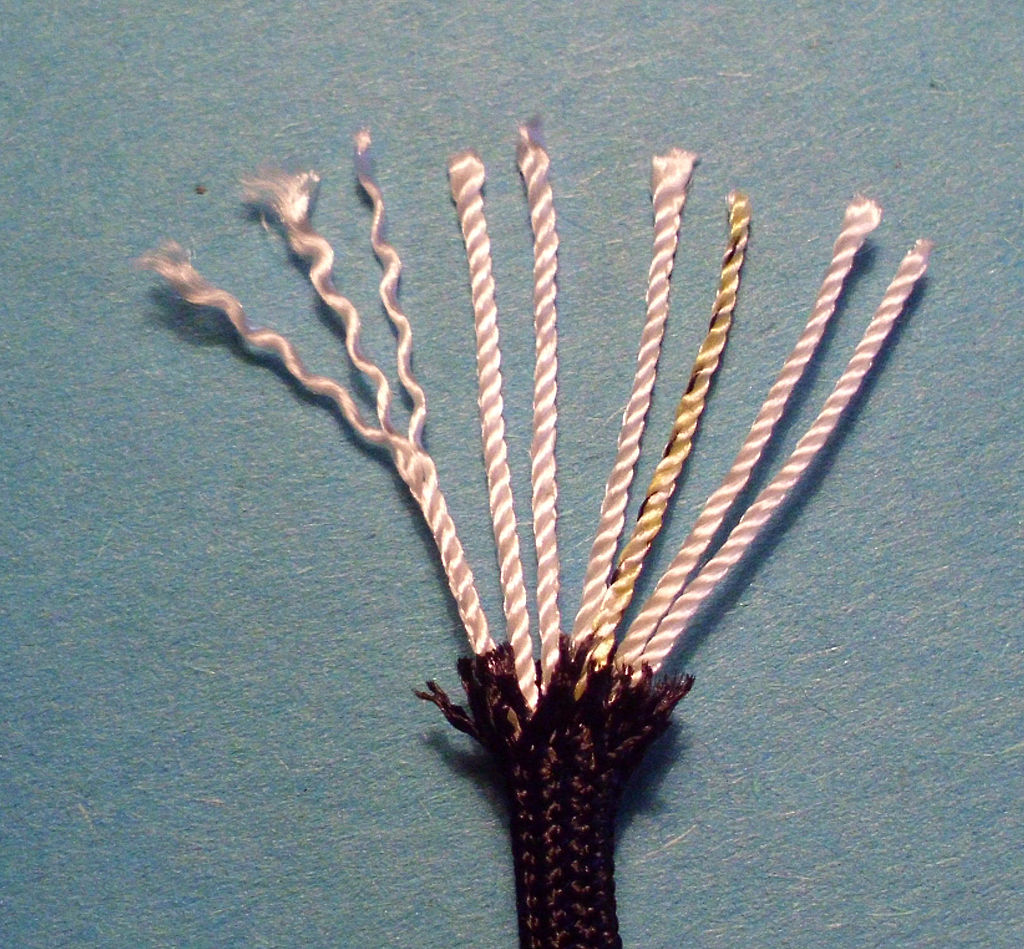 This is a view of the inside of paracord.
By Adelia Ladson

I don’t think there is an aisle in our warehouse that doesn’t have paracord in some form or fashion on its shelves. And, folks, we have a lot of aisles and a lot of shelves. It comes in all colors and lengths and even in bracelet form for ease of carry. So, when I was standing in the warehouse, just recently, and I was looking at a bundle of brightly colored paracord that I was holding, I started to wonder … “Where did this come from originally?” I mean we know the name comes from “parachute cord” but how did it evolve from that to being the survival staple it is today?

Paracord, also called “550 cord,” is a nylon kernmantle rope. Now, for those of you, like me, who don’t know what that means, here it goes. Kernmantle is a type of rope that has an inside core of several fibers that is wrapped in a woven outer covering. The basic idea is that the several inside fibers give the rope greater tensile strength and the outer covering maximizes the durability and flexibility. So, that’s kernmantle rope in a nutshell.

Yes, paracord did start out as the lines for parachutes during W.W.II but the military at-large uses it for a variety of purposes. Just in case you didn’t know, the reason you most often hear it as referred to as “550 cord” by soldiers is because this, most commonly used, type of paracord is rated with a breaking strength of 550 lbs. Since, its appearance, soldiers have used it for attaching gear to themselves and vehicles, for putting up camouflage and for securing tents. The fibers on the inside of the cord have been used for sewing and fishing, in a pinch. The outside covering has been used as bootlaces, once the core is pulled out. With its inherent design attributes, there’s no wonder why 550 cord has been a soldier’s best friend over the years.

As many items have done, paracord made its way from military gear to civilian application. It was made available to the general public as a military surplus item after W.W.II. Soon, it went into the retail market and, as they say, “the rest is history.” 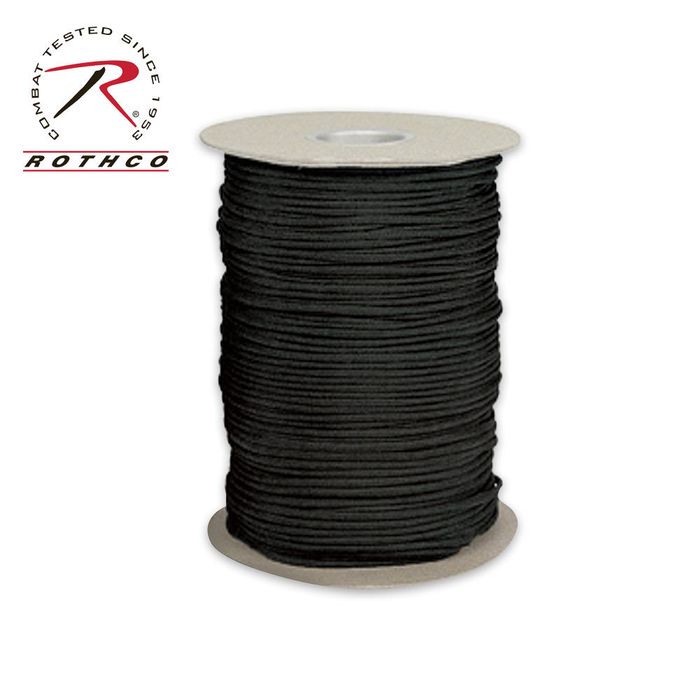 You can get paracord in spools.

You can get paracord in spools.
Its applications for outdoor sports enthusiasts, survivalists and avid campers are pretty much the same as for soldiers – tying down gear, fixing belts or straps and building shelters. Since one of the forms paracord has taken is as jewelry, it is easy to have on you in abundance. The woven bracelets can provide you with up to nine feet of cord, for just in case. Other decorative items that have been made with this handy material include necklaces, belts, lanyards, key chains and watch bands.

Things You Can Do With Paracord

Just so you know how truly handy paracord can be and what a great addition to your home or vehicle it is, here are some more uses for it:

• Use it to replace the string in your favorite sweat pants.
• Use it to secure a blanket around your well pump when unexpected freezing temperatures come out of nowhere.
• Use it to tie down the cover of an above ground pool for the winter.
• Learn to tie or braid it to make crafts, therefore giving you a therapeutic outlet.
• Use it to secure your Christmas tree on top of your car.
• Wrap it around the top of a good old walking stick to give you a more comfortable grip.
• Use the outer cover to run your headphone cord through so it doesn’t get tangled.
• Pull out the inside core to use the strands to tie up running plants or vegetables.
• If you run out of floss, in a pinch, you can use the inside fibers.
• Wrap it around the handle of a shovel to give you a more secure grip.

Take a look at the video below and see how paracord is used to secure a lean-to. I bet you can find many more uses for this very, very handy home and car tool!