How To Prevent A Bear Attack

Bears aren't out to looking for us. Typically, confrontations with them are accidental.

Bears aren't out to looking for us. Typically, confrontations with them are accidental.

Statistically getting attacked by a bear is pretty low but there is always the chance when you go hiking or camping that it could happen. However, just being a smart, educated and responsible hiker or camper will lower your chances to almost nil. Bears don’t plan on having encounters with humans. They aren’t out there plotting how they can run in to us in the forest. Most of the time it is completely our fault because we weren’t respectful and cautious. Here are some things to remember when you are out there.

I’ll get this out of the way first, though. Running into a bear is the absolute worst scenario and, if you are put into that situation, the best defense that you can have is a Bear Spray, which is basically a high concentration of capsaicin. It will fire up to 35 feet accurately and has been proven effective to deter a bear from actually attacking you. It has been recommended by wildlife experts as a must-have carry for campers and hikers who might be in bear territory. 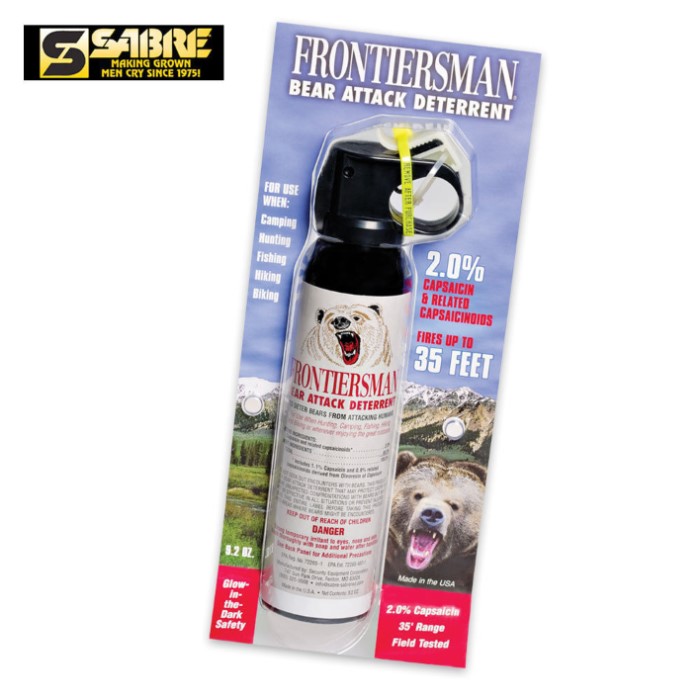 Being thrown into a face-to-face with Mr. Grizzly by accident because you unavoidably found yourself in his path is one thing but putting yourself in his path through carelessness is completely irresponsible. A majority of bear attacks could have been prevented by the victims being responsible campers or hikers. It’s not the bear’s fault that you’re an idiot.
The best defense is having a strong offense and by this, I mean don’t attract bears to you in the first place. They follow their noses and just like Yogi will follow them straight to your picnic basket. When you’re camping make sure food isn’t left out in the open. Secure it in an airtight cooler, and, just to be on the safe side, don’t put it too close to your tents. They say that it’s probably good to store your food about 100 yards away from where you’ll be sleeping or hanging about four feet up a tree. If you’re going hiking after you’ve eaten, ask yourself, “Do I smell like lunch?” I know if someone walks by me and I smell the restaurant they ate at on them, my stomach gurgles. Now, a bear’s sense of smell is better than a dog’s so you don’t even have to be walking by them to advertise what you had for lunch. Ladies, be aware of lotions that smell delicious, too. Just as a general rule, you don’t need to worry about smelling super good when you’re out there camping. This isn’t a cocktail party. There are other things out there that would love to make a meal out of you because of the way you smell, including mosquitoes.

DO NOT EVER approach a mama bear with her cubs!
DO NOT EVER approach a mama bear with her cubs!
Another great offensive tact to take is to travel in a group. I know it’s great to commune with nature alone and everything but if the region you’re enjoying is bear-heavy, it’s just not worth it. So, enjoy it with your friends and maybe even bring your dog along, too. The more noise you make the better because bears won’t generally approach a noisy group of people versus an individual. Note on dogs: Don’t let your dog run wild or way up ahead of you on the trail. He needs to stay with the group, too. He’s for added noise not as bear-defense.
Educate yourself on the area beforehand. Contact the park ranger or preserve manager to find out about the bear population and its movements. Ask them for tips on avoiding bears at their specific park or preserve and actually listen and do what they tell you to do. If you are hiking, keep your eyes open for fresh scat (You can Google “bear poop” and find a picture. Also you could eat it like Bear Grylls if you run out of food.) or tracks and don’t linger around dead animal carcasses. Not that you would but still wanted to point it out for good measure. Bears like to travel on game trails and along water, so, be vigilant when you have to traverse these areas. As I said before, bears aren’t out looking for us, so, avoiding them shouldn’t be too difficult as long as you act responsibly. Afterall, you’re just a visitor in their home.